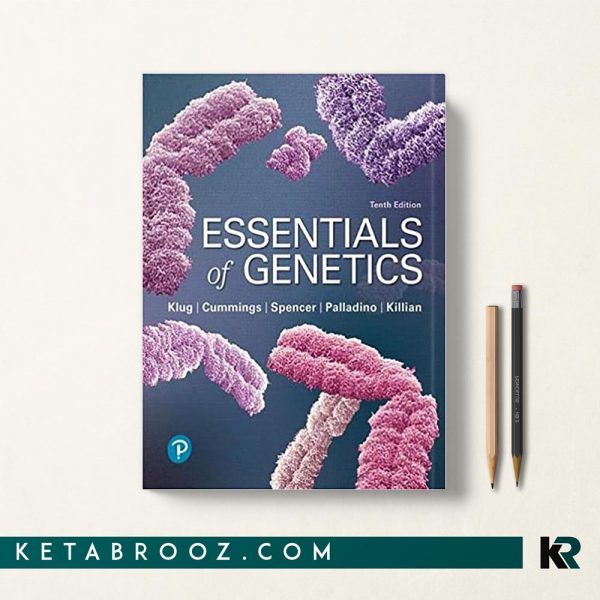 Focus on essential genetic topics and explore the latest breakthroughs

Known for its focus on conceptual understanding, problem solving, and practical applications, the bestselling Essentials of Genetics strengthens problem-solving skills and explores the essential genetics topics that today’s students need to understand. The 10th Edition has been extensively updated to provide comprehensive coverage of important, emerging topics such as CRISPR-Cas, epigenetics, and genetic testing. Additionally, a new Special Topic chapter covers Advances in Neurogenetics with a focus on Huntington Disease, and new essays on Genetics, Ethics, and Society emphasize ethical considerations that genetics is bringing into everyday life. The accompanying Mastering Genetics online platform includes new tutorials on topics such as CRISPR-Cas and epigenetics, and new Dynamic Study Modules, which support student learning of key concepts and prepare them for class.

Also available as a Pearson eText or packaged with Mastering Genetics:

Pearson eText is a simple-to-use, mobile-optimized, personalized reading experience that can be adopted on its own as the main course material. It lets students highlight, take notes, and review key vocabulary all in one place, even when offline. Seamlessly integrated videos and other rich media engage students and give them access to the help they need, when they need it. Educators can easily share their own notes with students so they see the connection between their eText and what they learn in class – motivating them to keep reading, and keep learning.

William S. Klug is an Emeritus Professor of Biology at The College of New Jersey (formerly Trenton State College) in Ewing, New Jersey, where he served as Chair of the Biology Department for 17 years. He received his B.A. degree in Biology from Wabash College in Crawfordsville, Indiana, and his Ph.D. from Northwestern University in Evanston, Illinois. Prior to coming to The College of New Jersey, he was on the faculty of Wabash College, where he first taught genetics, as well as general biology and electron microscopy. His research interests have involved ultrastructural and molecular genetic studies of development, utilizing oogenesis in Drosophila as a model system. He has taught the genetics course as well as the senior capstone seminar course in Human and Molecular Genetics to undergraduate biology majors for over four decades. He was the recipient in 2001 of the first annual teaching award given at The College of New Jersey, granted to the faculty member who “most challenges students to achieve high standards.” He also received the 2004 Outstanding Professor Award from Sigma Pi International, and in the same year, he was nominated as the Educator of the Year, an award given by the Research and Development Council of New Jersey. When not revising one of his textbooks, immersed in the literature of genetics, or trying to avoid double bogies, Dr. Klug can sometimes be found paddling in the Gulf of Mexico or in Maine’s Penobscot Bay.

Michael R. Cummings is a Research Professor in the Department of Biological, Chemical, and Physical Sciences at Illinois Institute of Technology, Chicago, Illinois. For more than 25 years, he was a faculty member in the Department of Biological Sciences and in the Department of Molecular Genetics at the University of Illinois at Chicago. He has also served on the faculties of Northwestern University and Florida State University. He received his B.A. from St. Mary’s College in Winona, Minnesota, and his M.S. and Ph.D. from Northwestern University in Evanston, Illinois. In addition to this text, he has written textbooks in human genetics and general biology. His research interests center on the molecular organization and physical mapping of the heterochromatic regions of human acrocentric chromosomes. At the undergraduate level, he teaches courses in molecular genetics, human genetics, and general biology, and has received numerous awards for teaching excellence given by university faculty, student organizations, and graduating seniors. When not teaching or writing, Dr. Cummings can often be found far offshore fishing for the one that got away.

Charlotte A. Spencer is a retired Associate Professor from the Department of Oncology at the University of Alberta in Edmonton, Alberta, Canada. She has also served as a faculty member in the Department of Biochemistry at the University of Alberta. She received her B.Sc. in Microbiology from the University of British Columbia and her Ph.D. in Genetics from the University of Alberta, followed by postdoctoral training at the Fred Hutchinson Cancer Research Center in Seattle, Washington. Her research interests involve the regulation of RNA polymerase II transcription in cancer cells, cells infected with DNA viruses, and cells traversing the mitotic phase of the cell cycle. She has taught undergraduate and graduate courses in biochemistry, genetics, molecular biology, and oncology. She has also written booklets in the Prentice Hall Exploring Biology series. When not writing and editing contributions to genetics textbooks, Dr. Spencer works on her hazelnut farm and enjoys the peace and quiet of a remote Island off the west coast of British Columbia.

Michael A. Palladino is Vice Provost for Graduate Studies, former Dean of the School of Science, and Professor of Biology at Monmouth University in West Long Branch, New Jersey. He received his B.S. degree in Biology from The College of New Jersey and his Ph.D. in Anatomy and Cell Biology from the University of Virginia. For more than 15 years he directed a laboratory of undergraduate student researchers supported by external funding from the National Institutes of Health, biopharma companies, and other agencies. He and his undergraduates studied molecular mechanisms involved in innate immunity of mammalian male reproductive organs and genes involved in oxygen homeostasis and ischemic injury of the testis. He has taught a wide range of courses including genetics, biotechnology, endocrinology, and cell and molecular biology. He has received several awards for research and teaching, including the 2009 Young Andrologist Award of the American Society of Andrology, the 2005 Distinguished Teacher Award from Monmouth University, and the 2005 Caring Heart Award from the New Jersey Association for Biomedical Research. He is co-author of the undergraduate textbook Introduction to Biotechnology. He was Series Editor for the Benjamin Cummings Special Topics in Biology booklet series, and author of the first booklet in the series, Understanding the Human Genome Project. When away from the university or authoring textbooks, Dr. Palladino can often be found watching or playing soccer or attempting to catch most any species of fish in freshwater or saltwater.

Darrell J. Killian is an Associate Professor and current Chair of the Department of Molecular Biology at Colorado College in Colorado Springs, Colorado. He received his B.A. degree in Molecular Biology and Biochemistry from Wesleyan University in Middletown, Connecticut, prior to working as a Research Technician in Molecular Genetics at Rockefeller University in New York, New York. He earned his Ph.D. in Developmental Genetics from New York University in New York, New York, and received his postdoctoral training at the University of Colorado―Boulder in the Department of Molecular, Cellular, and Developmental Biology. Prior to joining Colorado College, he was an Assistant Professor of Biology at the College of New Jersey in Ewing, New Jersey. His research focuses on the genetic regulation of animal development, and he has received funding from the National Institutes of Health and the National Science Foundation. Currently, he and his undergraduate research assistants are investigating the molecular genetic regulation of nervous system development using C. elegans and Drosophila as model systems. He teaches undergraduate courses in genetics, molecular and cellular biology, stem cell biology, and developmental neurobiology. When away from the classroom and research lab, Dr. Killian can often be found on two wheels exploring trails in the Pike and San Isabel National Forests. 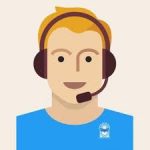